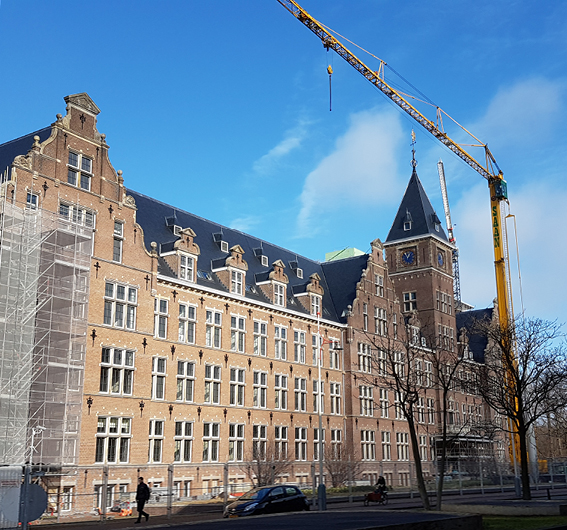 The Grade II listed building, which has been established for more than 100 years, started showing serious signs of decay. In order to restore the building to its original state, major restoration work was required, during which time an alarm system was vital in order to protect the property. 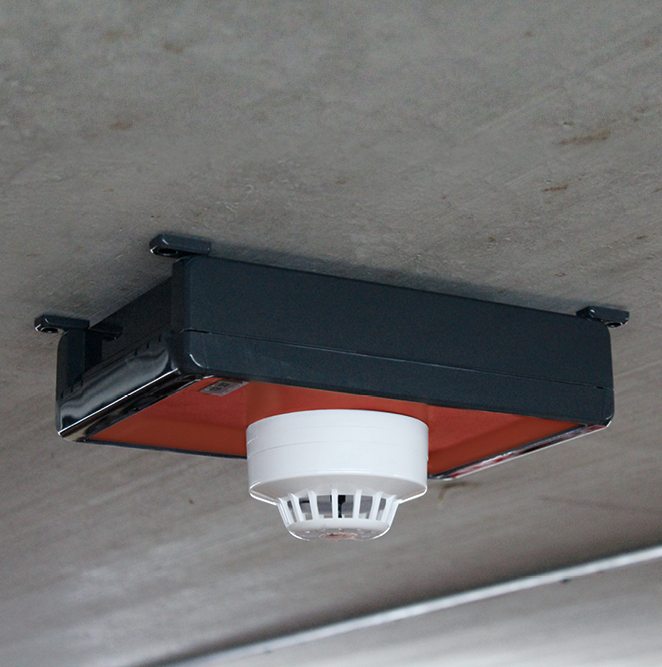 After a Dutch Shell Project Manager saw the Cygnus system in-situ on the Shell London they were confident that it would be ideal during the renovation of their headquarters in The Netherlands. There is so much historical significance and important architectural impact that needed to be preserved, therefore it was crucial that a reliable and adaptable alarm system was installed to protect the building to the highest standards.

More than 100 alarm units have been installed on site including the Cygnus Control Panel, Cygnus Repeater Unit, Cygnus Heat Detector and its First Responder Station with the Fire Call Point and First Aid Alarm. The systems will be in place up until the project is complete. In the eaves alone there are over 26 heat detectors protecting the Grade II timber structure; some of which installed on bespoke rafter brackets which create a flat surface for the detector to be fixed to.

Over 50 of the first responder stations have also been installed throughout the building, each station includes a Cygnus combined fire call point and first aid alert alarm. Cygnus heat detector units are installed throughout the building as well as two Control Panels; one located at the site security room, and the other at the works site entrance. All of the Cygnus units that have been installed within the building communicate wirelessly with each other and to both control panels via class 1 radio frequency.

A major innovation in wireless emergency fire, first aid and intruder alarms for construction sites, the Cygnus radio alarm system, manufactured by Bull Products has already been used on some of the largest construction projects across the UK. The Cygnus radio module has been designed for specific use on construction sites where changing site conditions and environments demand a far higher performance from the radio than that found in standard industry wireless linked fire systems. The system has been installed successfully in conditions ranging from steel site cabin complexes to concrete basements up to 12m below ground and even underground rail projects 40m below ground. The range of the radios on open ground has been measured at 1.5km and signals have been received at over 2.5km from units placed in high rise buildings.