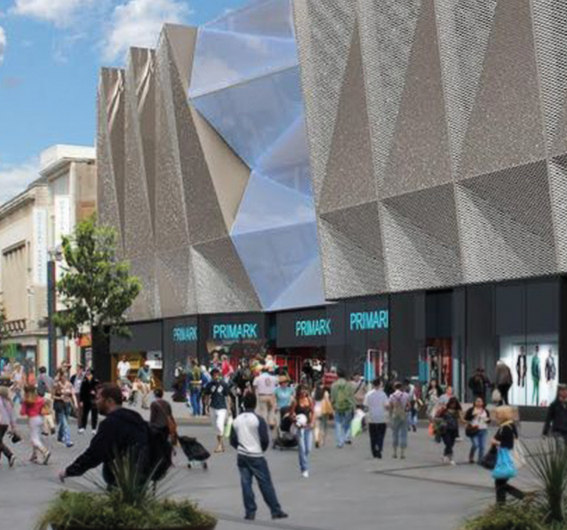 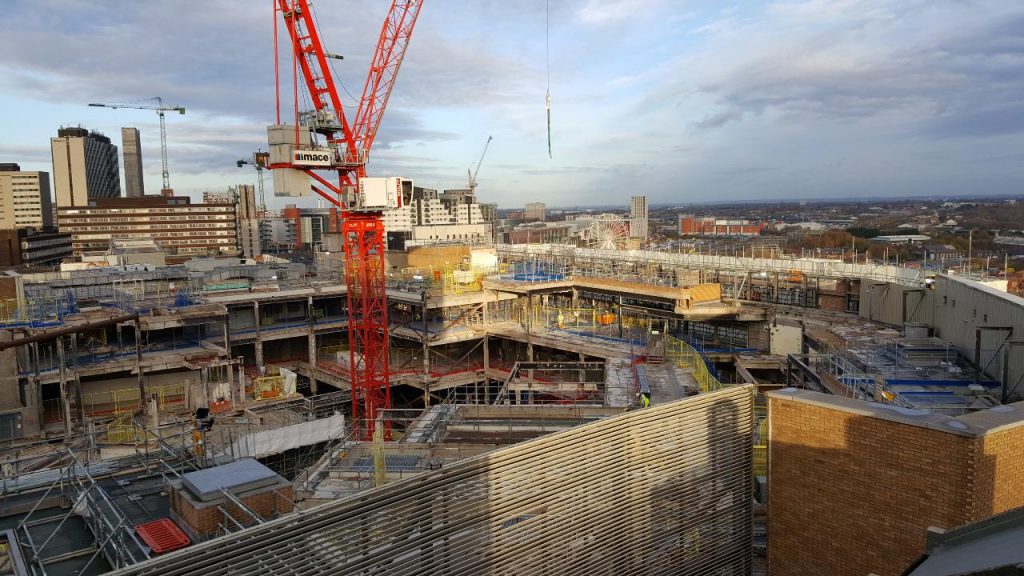 The new Primark project, worth £60 million, is a 150,000+ sq ft space based at the Pavilions centre, and is the biggest Primark’s built in the UK.

The main contractors started work early 2017 and installed the Cygnus System with a bespoke sounder delay firmware, which provided an early warning system throughout the site. This feature allowed workers to prepare for evacuation when they hear the first intermittent alarm.

The early warning system can prevent costly consequences of false alarms; once the first alert is heard, the system is checked by site authorities and is either silenced or a site evacuation is made depending on the incident. Alarm units were located on all four floors, and were in place until the project was completed in April 2020.

A major innovation in wireless emergency fire, first aid, and intruder alarms for construction sites, the Cygnus radio system, manufactured by Bull Products, has been used on some of the largest construction projects across the UK.

The system has been designed for specific use on construction sites where changing site conditions and environments demand a far higher performance from the radio than that found in standard industry wireless linked fire systems.

Ross Markham, managing director at Bull Products, says: “We’re delighted to have worked on this large project and supplied our Cygnus alarm systems during the work on the new megastore. Our alarm system can be used across numerous levels and sites so in the case of a real alarm, the message is communicated to every device within the site – ensuring workers are protected in an emergency.

“We’ve won some exciting projects recently, all of which emphasise the benefits of our Cygnus systems which protect construction sites and workers when it matters the most.”